Our co-founder, Scott Shapiro, keeps a pretty busy schedule, to put it midly, but there are two times a year when you know exactly where he’ll be – the Cubs’ home opener and Lollapalooza. On the eve of Chicago’s biggest event of the summer, we gathered some pro tips for getting through the festival as he remembered his all-time favorite performances. 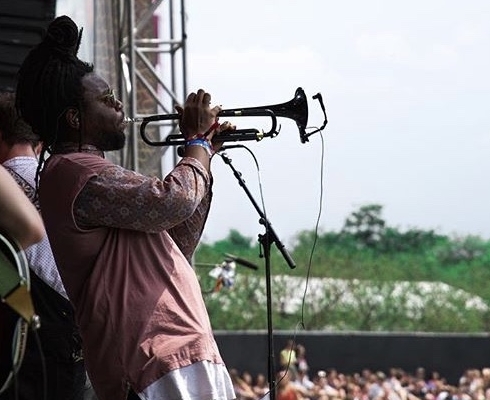 If you’re the greatest rock musician alive, and you headline Lollapalooza, then you automatically become the greatest rock musician to ever play Lollapalooza. And he is. But those who haven’t seen McCartney live in the last ten years or so, wouldn’t be blamed for assuming he’s a fossil who’s there just to be seen and go through the motions (he turned 73 just before his Grant Park performance in 2015). Those who have seen him know he puts on a show that would put to shame plenty of artists half his age. Played past the curfew (which is a huge no-no, as I understand it) and never took a break. As a matter of fact, he wore a suit jacket in the sweltering August heat for the first half of the set and never even seemed to break a sweat. Super-human.

And of course, every song he played was a hit. My friend described the experience perfectly: “It was like having a sing along with tens of thousands of friends, but Paul McCartney was there”.

RIP Charles Bradley, who died just a month after his unforgettable performance at Lollapalooza in 2017. He was 69, and his face showed every year of his age as he stood on the northern main stage. His body however, showed no such age. The “Screaming Eagle of Soul” and former James Brown impersonator tore up that stage and drove the crowd (many of whom probably had no idea what to expect) into hysterics. The soul diva allowed his backup band to play for almost ten minutes (the whole set was only allotted 60 minutes) before he even graced the stage, and at one point he picked up the mic stand and carried it over his shoulder across the stage presumably reenacting Jesus’ journey to his own crucifixion. That’s how you make a set memorable.

Easy to make the argument that Gogol Bordello steals the show every time they take the stage. 2015 was no exception. Despite being relegated to the worst stage in the festival (the concrete floored, north-facing stage on the north side of the grounds), the band held nothing back as they ripped through their Gypsy polka-punk setlist. Lead singer Eugene Hutz drank from more than one bottle of red wine and eventually poured the remaining contents all over himself. He finished the raucous set by jumping onto a drum being held up by fans in the crowd, standing up on it, and singing the final verse. 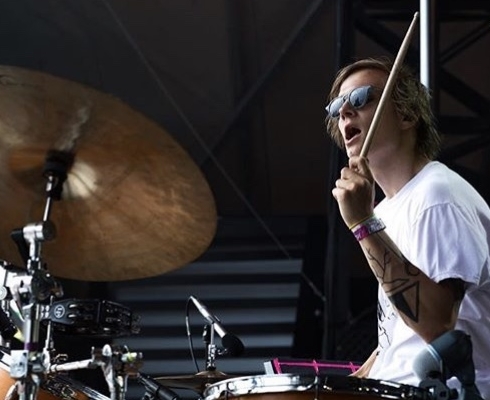 Tips to Enjoy Every Minute

Avoid the Tito’s Handmade Vodka stage if you can. Great vodka, bad stage. It’s the only area with a concrete floor for the crowd to stand on, and it gets hot and very uncomfortable. Also, it’s a more confined area, so it gets very crowded even if you’re not near the stage. Couple that with the fact that there are no bathrooms anywhere near it, and you have a recipe for disaster.

Speaking of bathrooms, historically it’s been a very bad idea to get stuck on the east side of the south main stage. There’s usually space over in that area, because it’s opposite the entrance and flow of people, but you have to cross through the mob to get anywhere near a bathroom. Many, many men have solved this problem by peeing on the hill in the corner by the VIP section. Many. And I understand why, trust me I do, but I’m pretty sure if you get caught doing that you’re going to have to register as a sex offender. Seems like a lot to risk.

Don’t ever sit on the hill (or at the base of the hill) on the east side of the south main stage by the VIP section. See above.

The food used to be pretty good, but has gotten increasingly worse over the years. My advice would be to stick with the standard, a slice of cheese from Malnati’s. It’s almost as good as it is in the restaurant, and it’s easy to eat while standing. Don’t make the mistake of ordering something that’s difficult to eat, because there are very few places to sit down (most resort to the ground or curb). Also, if you want a lobster corndog, get one early. They sell out.

Get to the festival early or late. Don’t show up between 2-5pm, especially on Saturday and Sunday. I wish I could tell you which general entrance to use in order to avoid the horrifying and borderline inhumane lines that accumulate in the afternoons, but unfortunately, I don’t think such a thing exists. Get there at 12:30 or get there at 7pm. Or be a VIP. Otherwise, your life will be terrible.

Pay the extra money for GA+. It gets you into a special section that has cheaper drinks and exclusive bathrooms. It’s not nearly as cool as the platinum or VIP perks, but it’s much less expensive and it offers you an oasis to escape the crowds and of course, use the bathroom.

Share:
‹ PREVIOUS
In Conversation with Liz Dozier
NEXT ›
Our Favorite Shades